Here is a great article on why summer i the perfect time to make and enjoy goat cheeses:
http://blog.artisanalcheese.com/national-goat-cheese-month/301

In honor of this wonderful holiday (yes… we’re a little bit biased), we are asking you to send in your best goat cheese recipes! We would love any recipes for making goat milk cheese, or those that include goat milk cheese as an ingredient. All entries will be posted here on the blog, and our favorites will be published in the fall newsletter.

Recipes can be sent to sue@jabeck.com. Please feel free to send as many recipes as you’d like… more is definitely better when it comes to goat milk cheese!

Today let’s play a little game of ‘what if’. As in ‘what if it rains’? What if your pastures and hay meadows green up and grow. Should you graze? Stay tuned.

As tempting as it may be to give your animals some nice green grass, resist that temptation. If you do graze, it might do more harm to your grass than if it did not rain at all.

How can that be? To understand this risk, we need to review what happens when a dormant plant starts to grow. When a dormant plant starts to green up and grow, like in the spring following winter or after a rain during a drought, the plant mobilizes nutrients from its root system to energize the initial growth. This process actually weakens the root system and the plant temporarily. As the plant grows and produces more leaves, those leaves eventually harvest enough sunlight energy to replace the nutrients used during the green up process.

However, if some of the leaves are removed by grazing before they replace the nutrients used during green up, the plant will try to mobilize even more root nutrients to restart the process. At this time of year, though, the plant actually needs to increase root nutrients for winter survival. If grazing prevents that from happening, plants will go into winter in a very weakened condition. Some may die. And those that survive to next spring will grow very slowly until they have recovered from the multiple stresses of drought and untimely grazing.

So do yourself and your pastures a favor. Decide right now that no matter what happens this fall, you will not graze green growth again until next year. Pasture survival may depend on it.

Many dryland alfalfa fields have been sitting dormant for many weeks. If it rains heavily, how should you manage any cuttings if that alfalfa begins to regrow. Stick around.

If it rains very much in the next few weeks, dormant alfalfa is going to start to regrow. If that happens, what should you do?

To be honest, I really don’t know. We are kind of in uncharted territory with newer alfalfa varieties and this severity of drought.

It might depend on when that rain occurs and if it becomes enough to support regular growth rates. Since we are approaching the usual winterizing season for alfalfa, I think alfalfa that has been virtually dormant the past few weeks should be allowed to grow without any harvest at least until mid-October.

About the only exception to that recommendation might be to consider a salvage harvest or a stimulation harvest.

A salvage harvest would be a situation where your alfalfa has gone fully dormant due to drought, there is enough standing growth to harvest economically, and that standing growth is starting to drop leaves. It doesn’t matter if it rains or not. Harvest shouldn’t hurt that stand and harvest will give you some needed feed.

A stimulation harvest would involve cutting off any standing crop immediately before or as soon as possible after a heavy rain to encourage new shoots. Regrowth then may develop a little faster without the influence of a standing crop. It isn’t necessary to cut off the standing crop to get new growth but it might help.

It’s been a tough year for alfalfa. Without rain, some of it may not survive the winter. But with rain we must be careful to allow the plants adequate time to winterize. Maybe then, next year will be better.

Your corn is getting combined. Now you are wondering if you should bale some of the stalks. Is it worth it? Stick around.

What are corn stalk bales worth? Let’s first look at it from the cost stand point.. Nutrients removed by stalk bales may need to be replaced with extra fertilizer. Using this year’s prices, stalks may contain over fifteen dollars worth of nitrogen, phosphate, sulfur, and lime per ton.

Labor and equipment costs average over thirty dollars per ton, and baling stalks tends to cause more wear and tear on equipment than other baling operations. Totaled together, these costs amount to at least sixty dollars per ton of corn stalks removed.

So, what are corn stalks worth as a feed? Some folks suggest the dollar feeding value is midway between that of straw and prairie hay. But feed value of stalks varies greatly, and cattle tend to waste more of it. If you bale the entire field you may only have three to four percent protein and less than fifty percent TDN. Harvest just the tailings in the two or three rows behind the combine and TDN increases to the lower fifties and protein to about five percent. But test to make sure. And don’t forget to test for nitrates this year.

Are baled corn stalks worthwhile? Maybe so this year considering how expensive other alternatives might be. But first make sure they fit your feeding program without damaging next year’s crop production.

I suppose I should say that this is the breeders preference but if you are selling Kinder stock then you might want to consider the buyers thoughts.

For my husband and myself this is very important because in general dam raised kids are not nearly as gentle are easy to handle as those raised on a bottle. We are in our 70’s and 80’s so animals that are easy to handle is quite important. We have owned both so we know first hand just how these animals act as kids and into adulthood. Those Kinder raised by their dams are never as gentle and trusting as those that are bottle raised. We have one older doe in our barn right now that was dam raised and to this day she is not nearly as easy to handle as the other older doe that was raised on a bottle. We have two doelings in our barn right now with one being raised by her dam and one raised on the bottle. The young doe that was dam raised is quite a challenge when trimming hooves, worming and etc..

I often hear breeders say that leaving kids on the dams is the natural and best way. It may be the natural way but it is not always the best way. When raising Kinder kids give some thought to the buyers that you plan to sell these animals too. I would almost always give more money for a bottle raised kid than one that was raised on their dam.

Here is a little hint that has worked for us: When wanting the dams to raise their kids then only leave those kids with their moms for the first week to ten days then  move the kids to a separate area. Twice a day bring the does to the kid area and turn them in for the kids to nurse. Just as soon as they have finished nursing open the gate and doe will be very happy to return to the barn leaving her kids in their kid quarters. Doing it in this way the kids will become yours ( much more friendly)and they will also be able to be raised by their dams. It has always worked for us.

Thoroughly mix eggs, sugar, salt and vanilla. Slowly pour in hot milk. Pour into shell at once. Sprinkle nutmeg over the top and bake in preheated oven at 475 degrees for 5 minutes. Reduce heat to 425 degrees and bake for 10 minutes or longer if necessary. 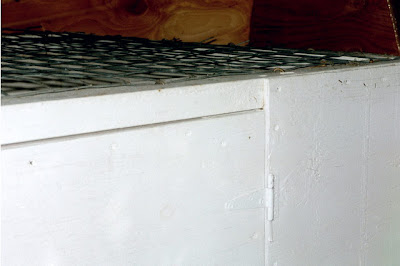 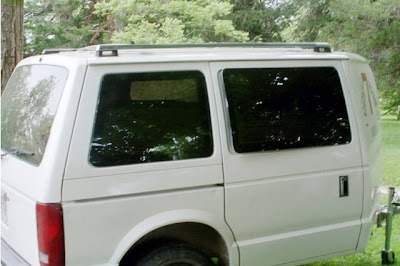 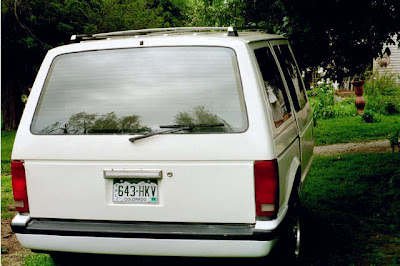 The November 18th vote:
The Food Safety cloture was passed by a vote of 75 for to 25 against. This is just NAIS with another name. Big business is behind this so we must work very hard to get it stopped in the Senate.

On Monday, November the 29th there will be another vote. Please take time to call your senator. http://www.senate.gov/ tell them to oppose
S. 510.